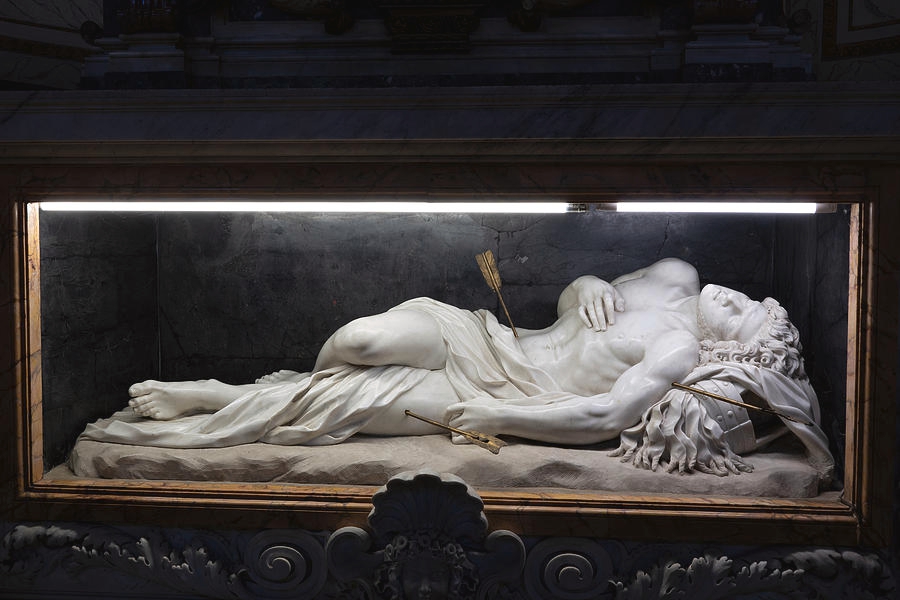 The story image of Saint Sebastian:

Saint Sebastian is a Catholic saint. The captain of the ancient Roman imperial guard, during the Christian persecution in the third century, was ordered by the Roman Emperor Diocletian to shoot him with random arrows. Miraculously, the arrows did not kill him. When the widow Irene retrieved his body and buried it, he was found alive. She took him back to his home and helped him recover. Other residents suspect that Saint Sebastian is a devout Christian. One of the girls was blind. Saint Sebastian asked her “Do you believe in God?” and painted a cross on her head. The girl replied “yes”, and the girl immediately regained her eyesight. Respected as the protector of saints and plagues. In the sculptures, Saint Sebastian is portrayed as being tied up and shot through with random arrows. Later, when the Roman emperor learned that he was not dead, he beat him to death with a club. 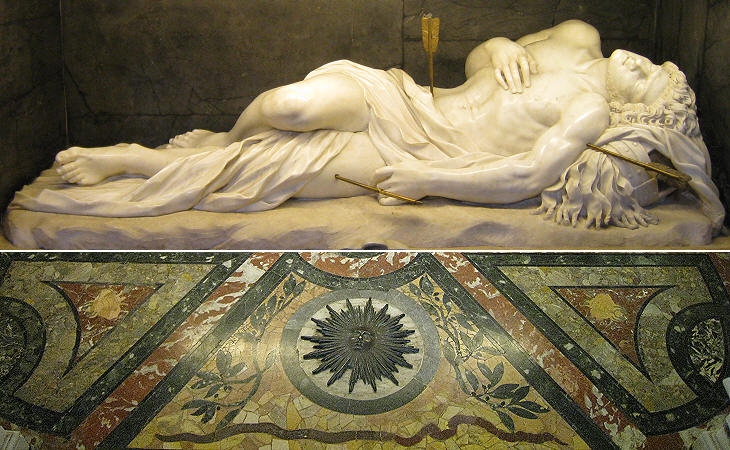 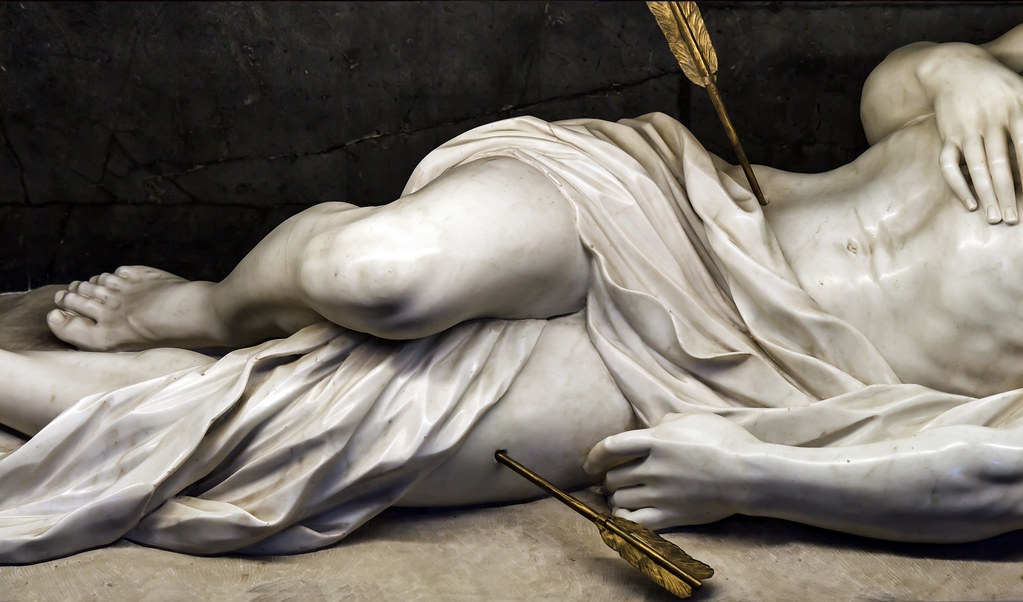 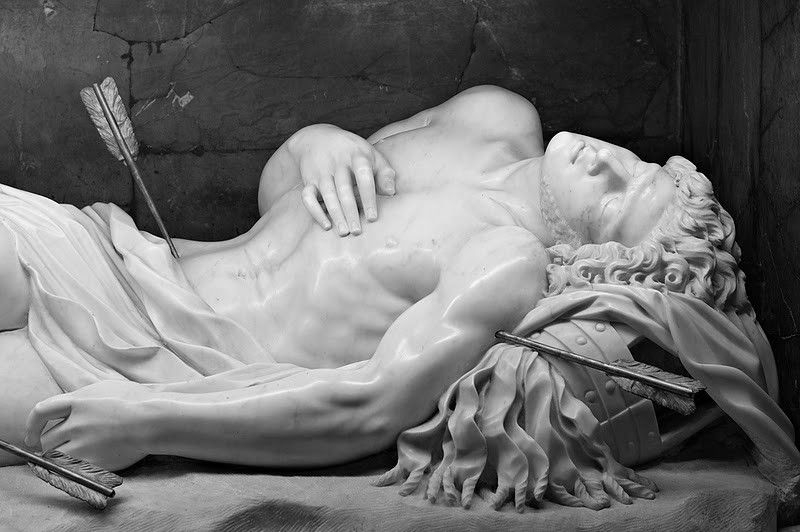 Another story of Saint Sebastian and the subject of sculpture:

Another story is: Saint Sebastian looks very handsome, the King of Gaul fell in love with the captain of the guard, and even hoped to donate half of the country to get the love of Saint Sebastian. But Sebastian is a devout believer, and would rather be shot to death by random arrows than follow. In the end, he ended his thirty-something life with martyrdom. It is said that this is the origin of San Sebastian’s Day on January 20. The second story is full of imagination and human touch, so it has become an important subject of many paintings and sculptures of Saint Sebastian. Saint Sebastian is the favorite biblical character of artists. Compared with other sages, his young and beautiful image and naked body present the aesthetic style of ancient Greece. The crucifixion of Saint Sebastian is an endless creative theme of artists. 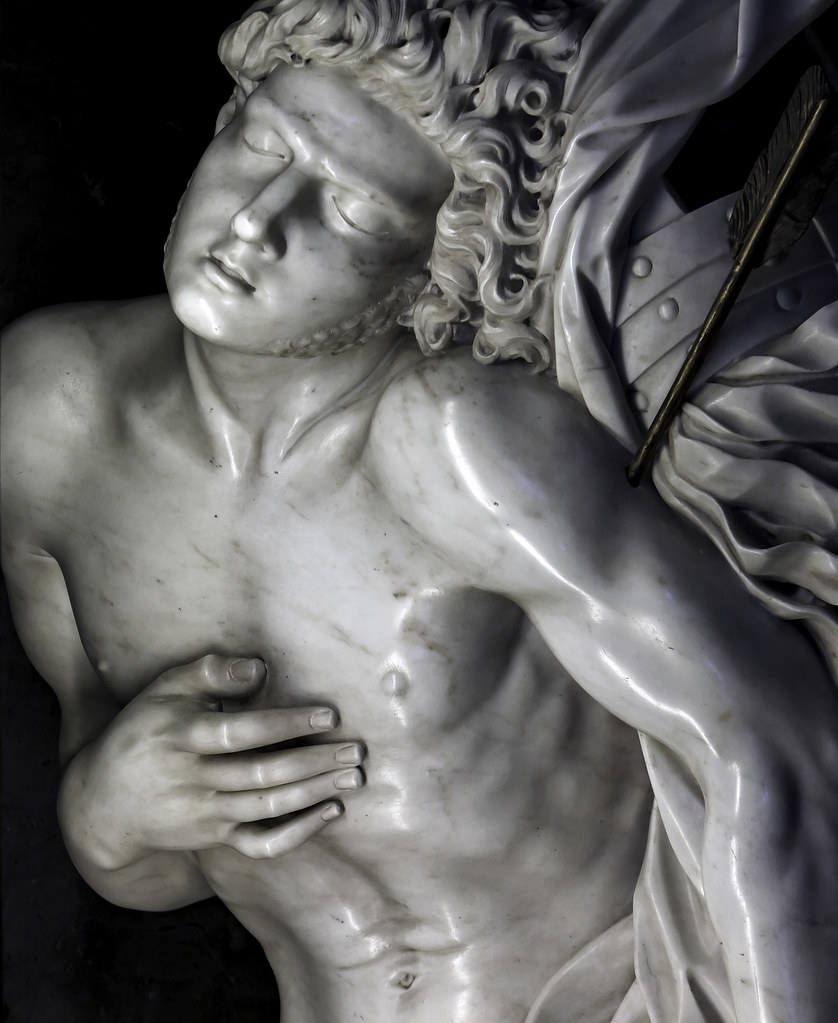 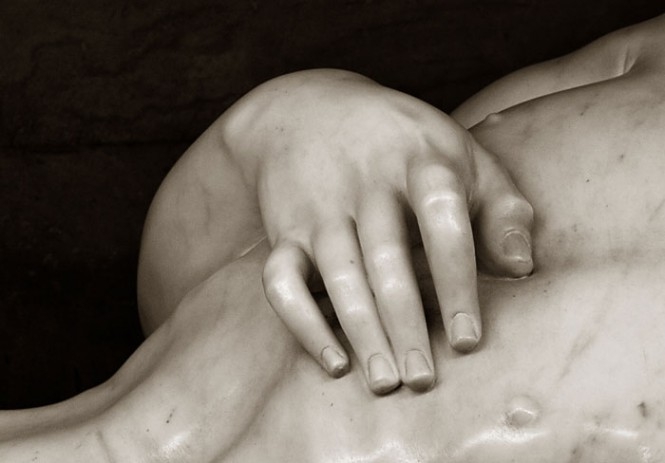 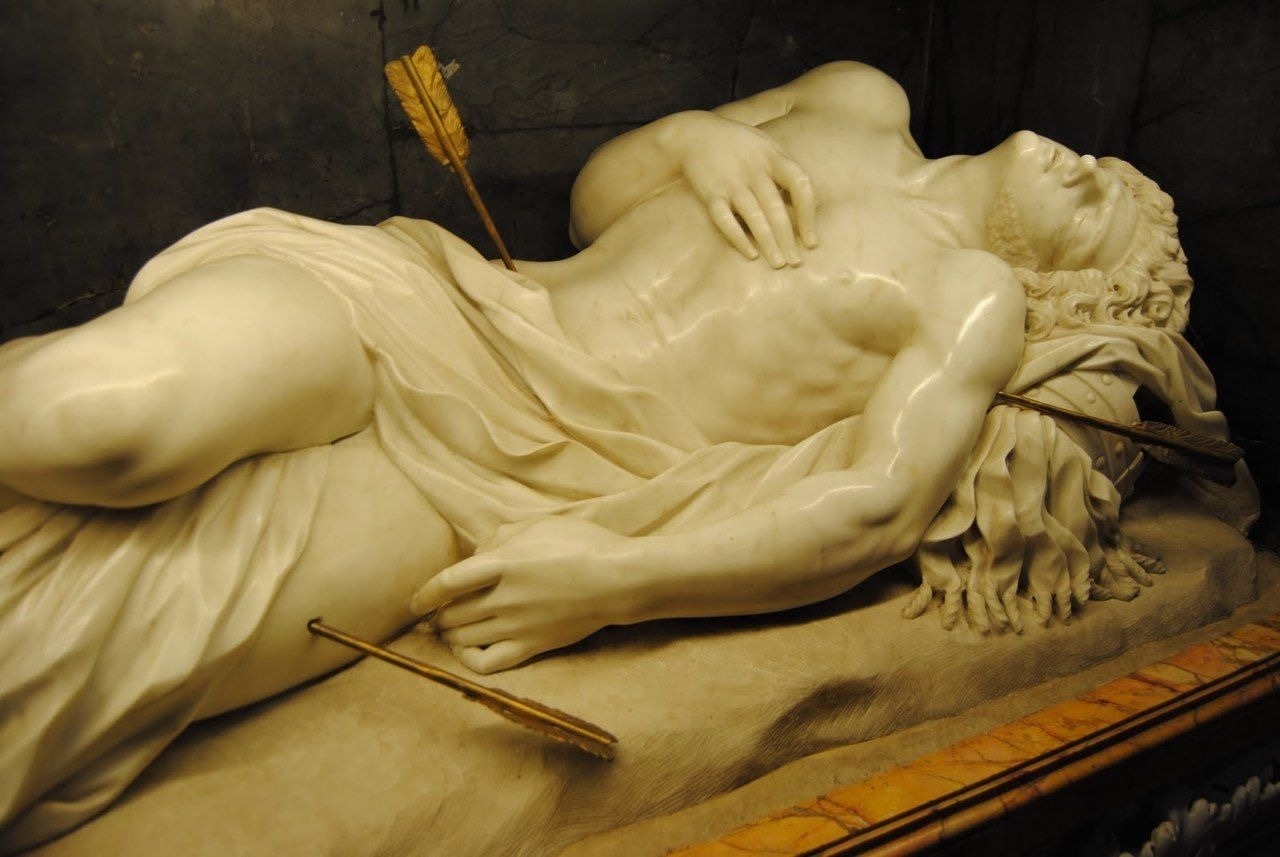