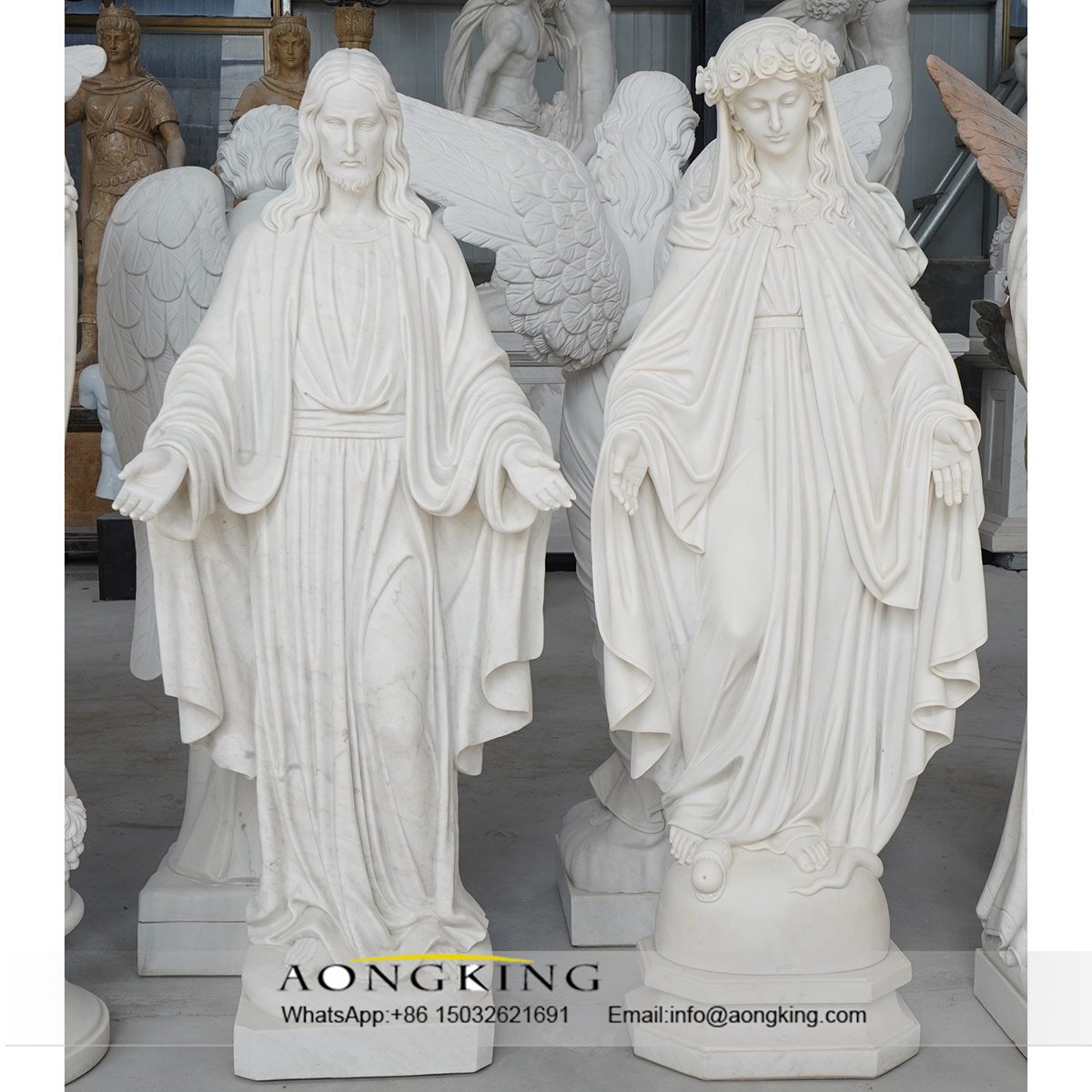 Marble religious statues The relationship between Jesus and the Virgin:

The relationship between the Virgin Mary and Jesus is clearly recorded in the Christian Bible. The image of Mary holding the baby Jesus is deeply rooted in people’s hearts and is also a representative of the Christmas spirit. Mary’s endless tenderness and kindness of motherly love are displayed in Jesus. When Jesus was crucified, his mother wept in sorrow under the cross. At this time, Jesus entrusted his mother to his most favored disciple and told him that Mary was the disciple’s mother. The marble religious statues here embody Jesus’ sincere love for his mother. There is also a plot in the Bible where Mary participated in the selection of Judas’ replacement by the eleven disciples of Jesus. Here we can see that Mary played an important role in the development of religion after Jesus died. Mary finally became a god after Jesus was resurrected. Although the relationship between the Virgin Mary and Jesus had been discordant and misunderstood, they finally came together and became the saint of Christianity. Marble religious statues Mary also has an important position in Christianity. She is also one of the most maternal saints in the West. 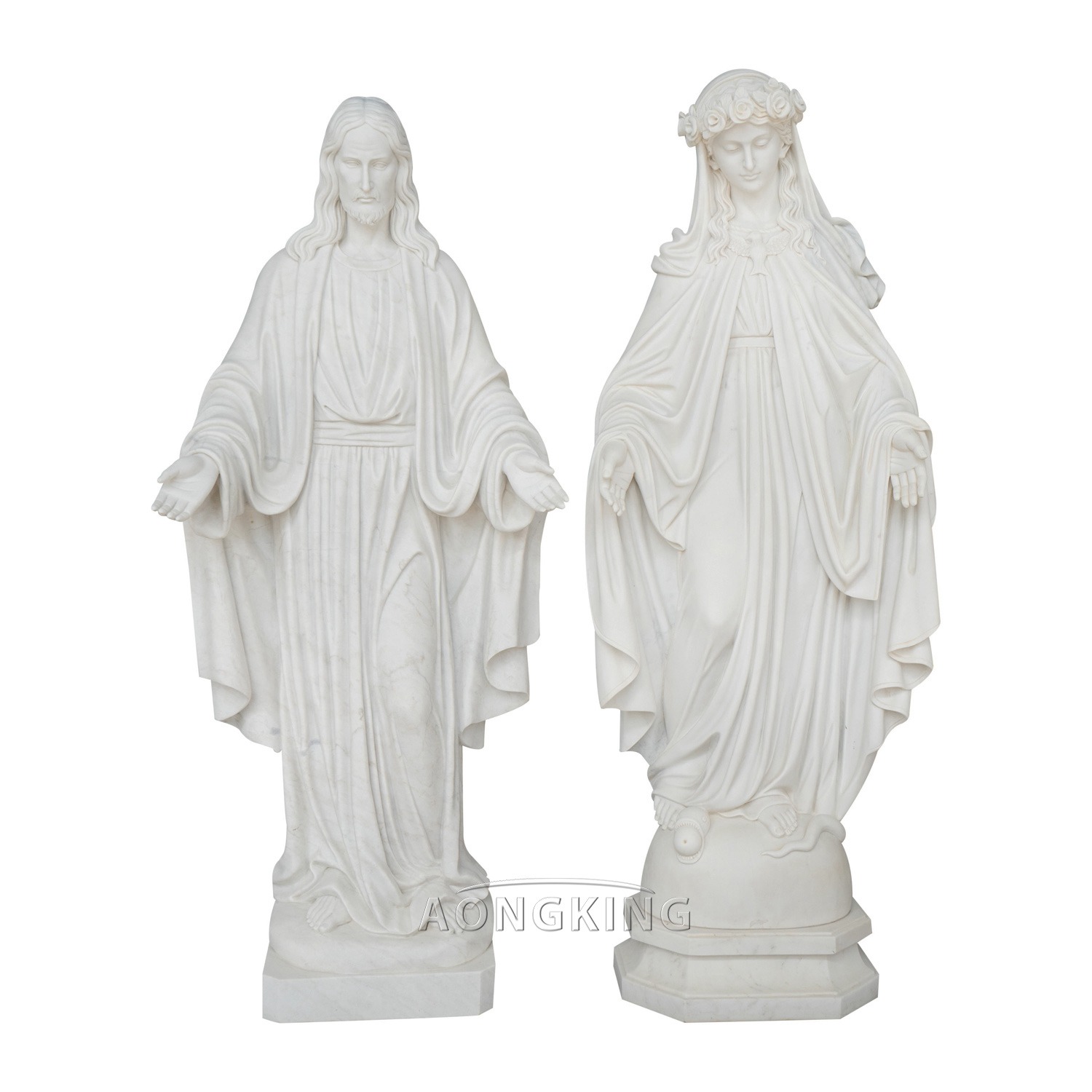 The most representative of the Christmas spirit is the paintings and marble religious statues of the Virgin Mary holding the baby Jesus in her arms. It expresses a mother’s gentle compassion and endless love for her son and has been repeatedly created by countless painters and sculptors. Marble religious statues are the most common moments in parent-child relationships, even in simple managers. The story of Jesus and the Virgin in the Gospels is complicated and different from ordinary families. It is a mythical story, which is then demythologized in resistance and coordination. Most of the Mary we know comes from the depiction of later Christian writers and artists. Mary is mentioned only a few times in the Gospels. From the very beginning of giving birth to Jesus in a manger in Bethlehem, bringing light to this fallen world, in the life of Jesus for more than 30 years, the relationship between marble religious statues and Mary was gentle and complicated, harmonious and misunderstood. In the end, their identities moved towards the same, and Mary was called the “Mother of God” and became an important figure in the early church. We always think of her at Christmas, the “full of maternal glory” woman with the baby Jesus in her arms. She is “the most blessed woman”. 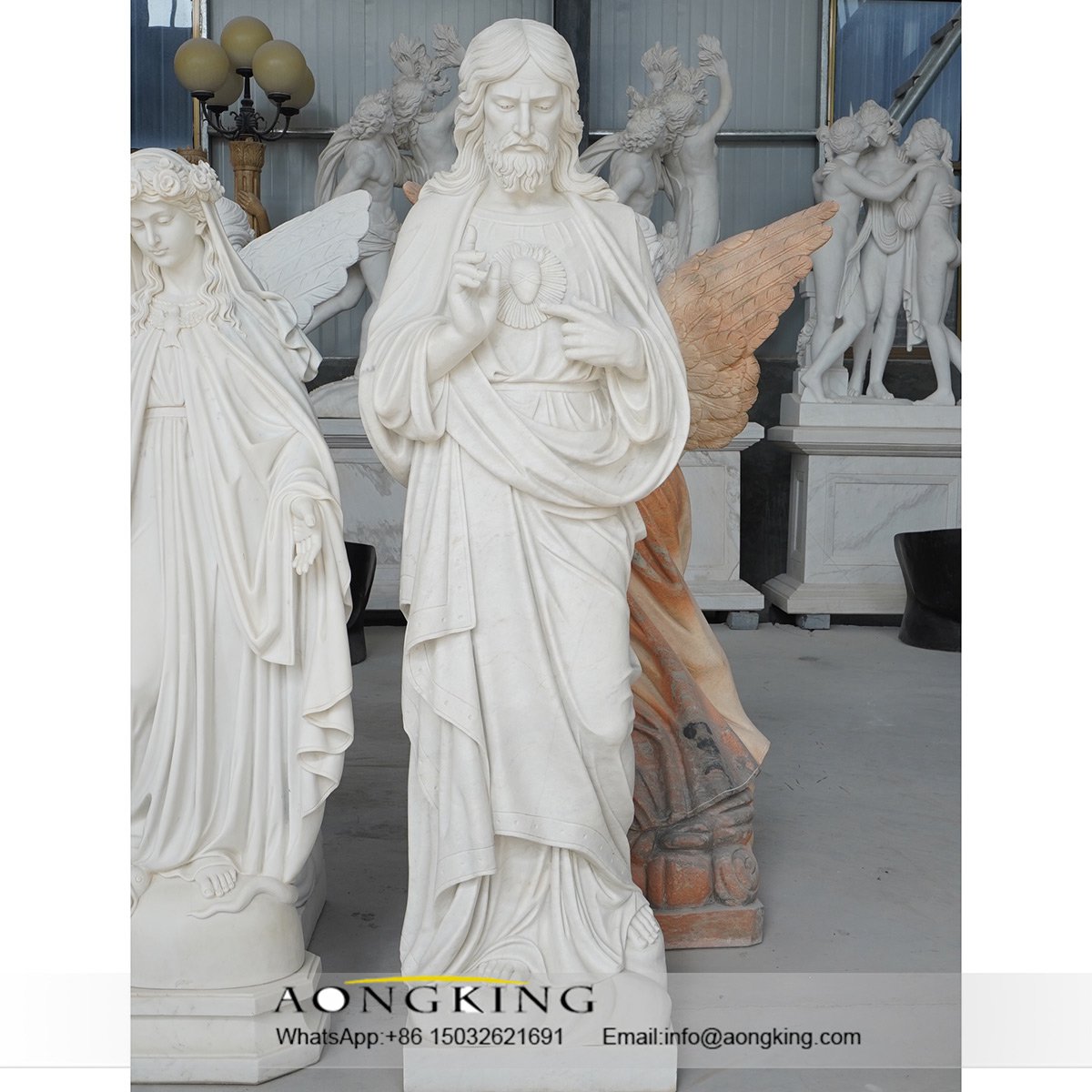 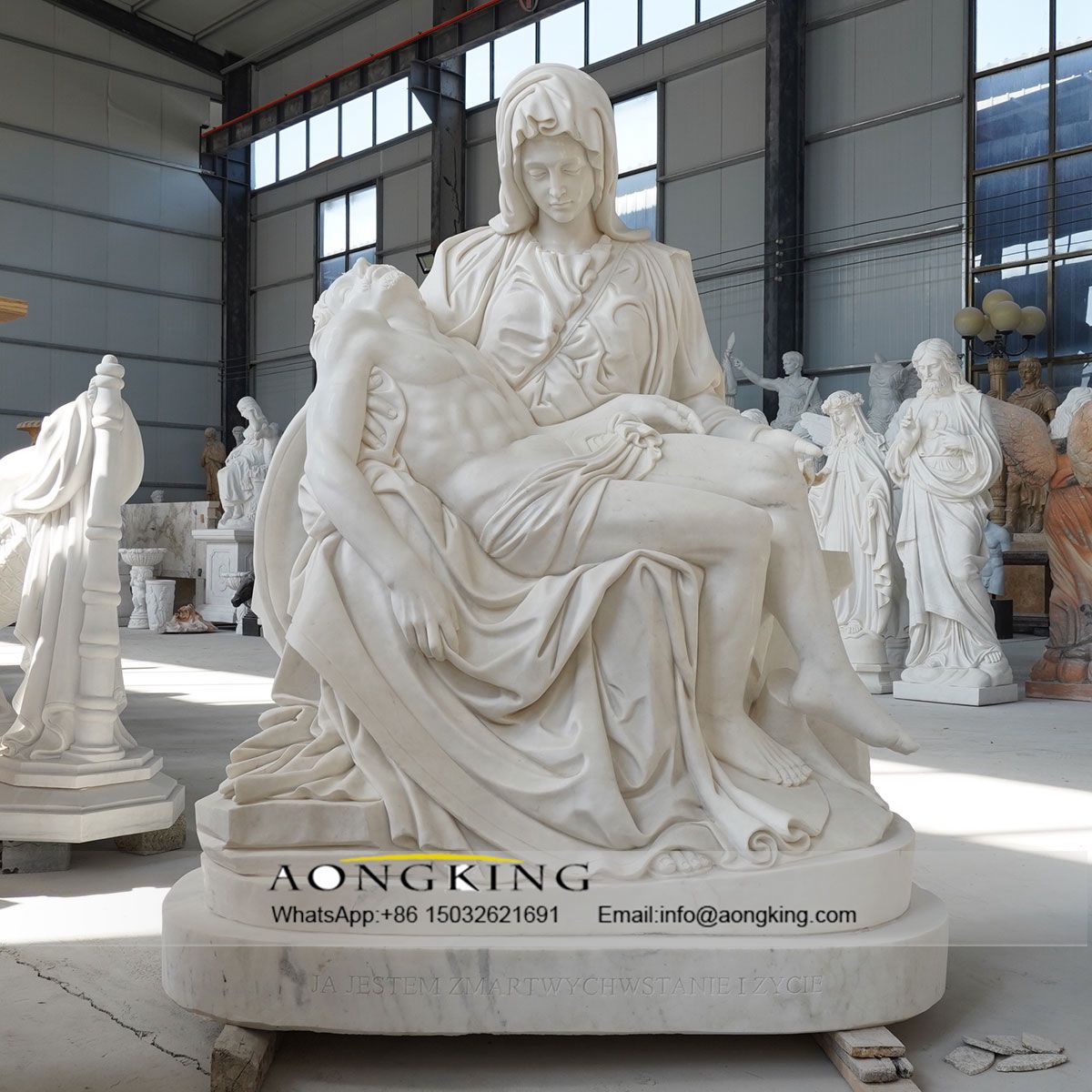