The colored marble statues of the Four Seasons is a very sacred sculpture, and it is also a special sculpture with different meanings. It indicates that this colored marble statues will experience various challenges in this year. The best season of the four seasons is autumn, and spring is the beginning of the year, indicating that good things will happen, and autumn is the fall of leaves. , the leaves return to their roots. It is feeling the changes in different seasons, but it is experiencing what people have experienced, showing its simple side. Western goddess stone sculptures generally have half-naked or fully-naked bodies, half-fallen clothes, and colored marble statues not only show the beauty of the body, but also cover and restrain them. It draws people’s attention to the inner charm of the characters, not just the outer body, which is indeed a superb artistic technique. The image of Western characters is shaped according to the aesthetics of human nude proportions. Although ancient people worshipped gods, because stone sculptors created beautiful images according to the beauty of the human body in real life, the proportion of each part of these perfect colored marble statues almost contains the golden ratio of 5:8. Western figure carving is very beautiful. Western figure sculpture is not only established to beautify the environment, its existence also reflects the spiritual outlook of the city and the cultural construction of the city. 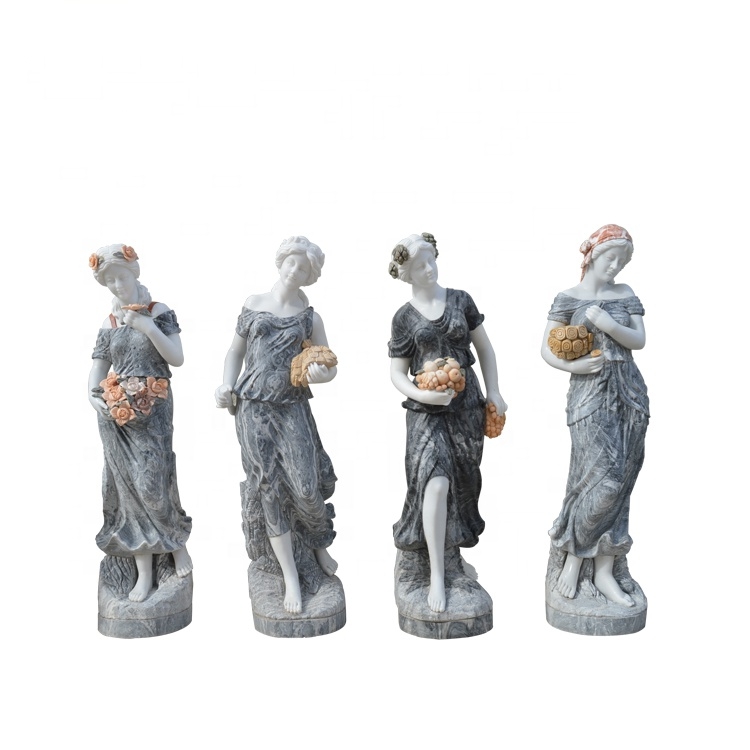 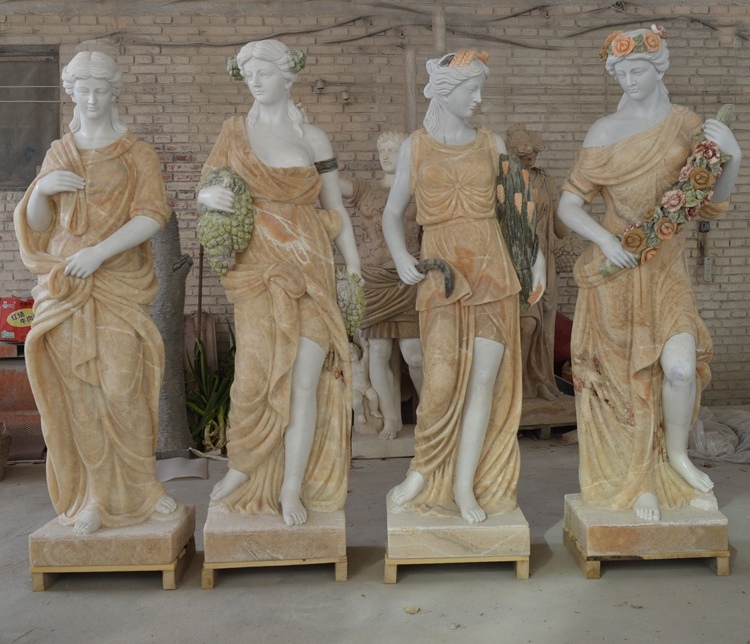 The origin of the colored marble statues, the goddess of the four seasons in the West, has a touching story. According to legend, from the 6th to the 5th century BC, Demeter, who was named the god of agriculture, finally became a member of the Olympian religion and rose to become a One of the twelve main gods, and the story about her is closely related to Hades. It is said that after Hades stole her daughter, she was in pain, and for nine days and nine nights, she searched for her daughter without any success. On the tenth day, she saw Helios, the sun god, and learned that Zeus agreed with Hades to rob her daughter. Going down to Olympus, she became an old woman and began to look for her daughter. She had no intention of taking care of the growth of agriculture. Zeus had to let Hades release her daughter. With the origin of the four seasons goddess colored marble statues. Therefore, the bronze statue of the goddess of the four seasons not only symbolizes the changes of the seasons and the receipt of human beings, but also a symbol of love and strength, a spirit of abandonment. The colored marble statues of the goddess of the four seasons is a Western figure sculpture. A rich one. 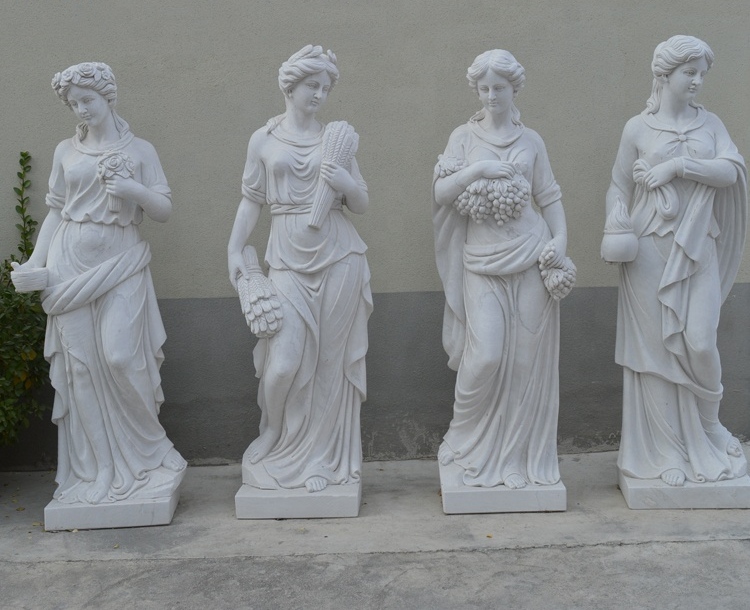 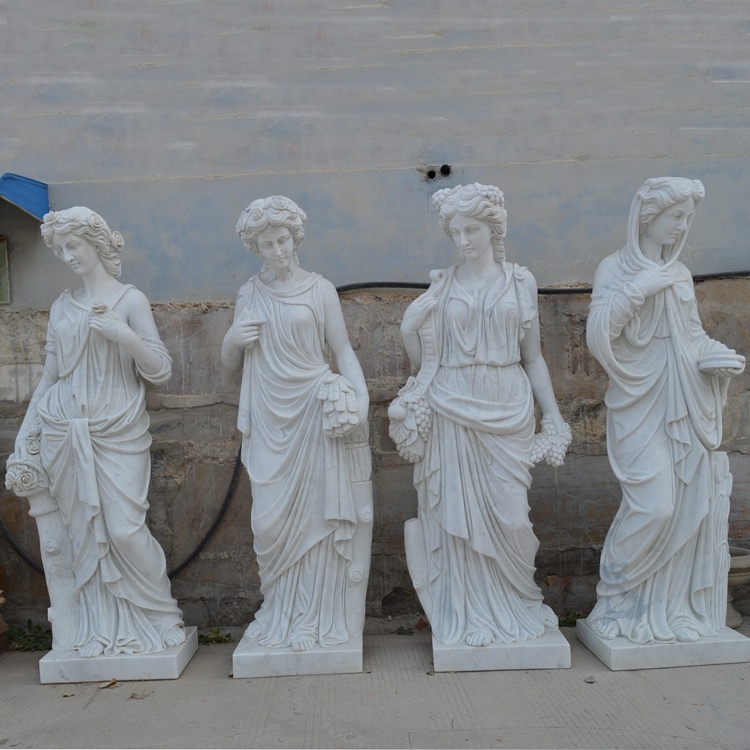